Shutter speed can have a dramatic impact on the appearance of moving objects. Changes in background blurring are apparent as exposure time increases. 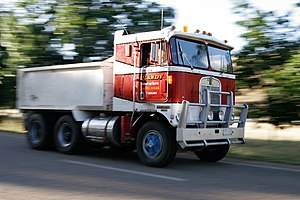 In photography, shutter speed or exposure time is the length of time a camera's shutter is open when taking a photograph.[1] The amount of light that reaches the film or image sensor is proportional to the exposure time.

The camera's shutter speed, the lens's brightness (f-number), and the scene's luminance together determine the amount of light that reaches the film or sensor (the exposure). Exposure value (EV) is a single quantity that accounts for the shutter speed and the f-number.

Multiple combinations of shutter speed and f-number can give the same exposure value. Doubling the exposure time doubles the amount of light (subtracts 1 EV). Making the f-number one stop brighter (reducing the f-number by a factor of 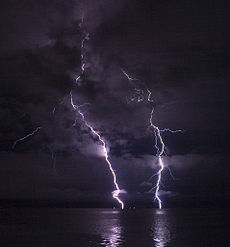 The ability of the photographer to take images without noticeable blurring by camera movement is an important parameter in the choice of slowest possible shutter speed for a handheld camera. The rough guide used by most 35 mm photographers is that the slowest shutter speed that can be used easily without much blur due to camera shake is the shutter speed numerically closest to the lens focal length. For example, for handheld use of a 35 mm camera with a 50 mm normal lens, the closest shutter speed is 1/60 s. This rule can be augmented with knowledge of the intended application for the photograph, an image intended for significant enlargement and closeup viewing would require faster shutter speeds to avoid obvious blur. Through practice and special techniques such as bracing the camera, arms, or body to minimize camera movement longer shutter speeds can be used without blur. If a shutter speed is too slow for hand holding, a camera support, usually a tripod, must be used. Image stabilization can often permit the use of shutter speeds 3–4 stops slower (exposures 8–16 times longer).