The algebraic connectivity of a graph G is the second-smallest eigenvalue of the Laplacian matrix of G.[1] This eigenvalue is greater than 0 if and only if G is a connected graph. This is a corollary to the fact that the number of times 0 appears as an eigenvalue in the Laplacian is the number of connected components in the graph. The magnitude of this value reflects how well connected the overall graph is, and has been used in analysing the robustness and synchronizability of networks. 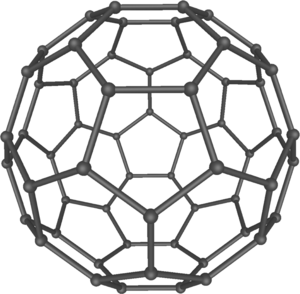 The exact definition of the algebraic connectivity depends on the type of Laplacian used. Fan Chung has developed an extensive theory using a rescaled version of the Laplacian, eliminating the dependence on the number of vertices, so that the bounds are somewhat different.[6]

In models of synchronization on networks, such as the Kuramoto model, the Laplacian matrix arises naturally, and so the algebraic connectivity gives an indication of how easily the network will synchronize.[7] However, other measures, such as the average distance (characteristic path length) can also be used,[8] and in fact the algebraic connectivity is closely related to the (reciprocal of the) average distance.[4]